FAT!  I wanted to leave a little blurb about this book I’ve been reading…it’s very interesting and also comes with a ton of recipes I can’t wait to try.  I would say it is half cookbook and half informational reading.  You can find it here on amazon. 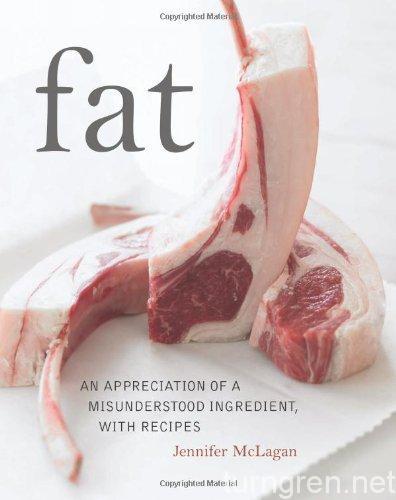 One of the most interesting things I’ve read in it so far involves how fats really work, and how animal fats in particular have really gotten a bad rap…there actually isn’t any link between saturated fats and heart disease.  Proponents will say that heart disease-related deaths have decreased since a low-fat diet has become encouraged, and they’re right…but interestingly enough, the rate of disease hasn’t decreased, only the number of deaths attributed to them…which means it’s improvements in healthcare that have really decreased the deaths.

It is also interesting to me that many of the problems we have now with obesity and heart problems are made worse by hydrogenated fats – which means things like margarine and crisco, the “healthier” alternatives to things like lard or tallow.  The hudrogenation process makes a fat solid at room temperature and makes the fat able to keep longer before spoiling or going rancid…this is how we get things like margarine, made from vegetable oil (liquid at room temperature, but solid in margarine because of hydrogenation) which are actually – as it turns out – arguably worse for us.

It’s not only interesting, it’s validation.

The girlfriend’s mother got us some Omaha Steaks for Valentine’s Day – and I’ve really enjoyed using them.  Surprisingly very good for being frozen on arrival.  Made some sirloin and prepared some leftover potatoes.

I seared two top sirloin steaks in butter.  And just butter.  The only other seasoning I did was to apply freshly ground salt and pepper to the steaks before adding them to the pan.  Seared on medium, popped in the oven at 350 until the centers reached 125 degrees, then tented in foil to let the residual heat bring it up to medium rare (135).

I also put some leftover potatoes from Valentine’s day in the oven to eat with the steaks.  They were still good.

Lastly, I put a can of corn (drained) in a frying pan with a good two tablespoons of butter and heated it up, bordering on sauteeing.  Also added freshly ground salt and pepper.  Butter makes everything better.

Here are some pictures: 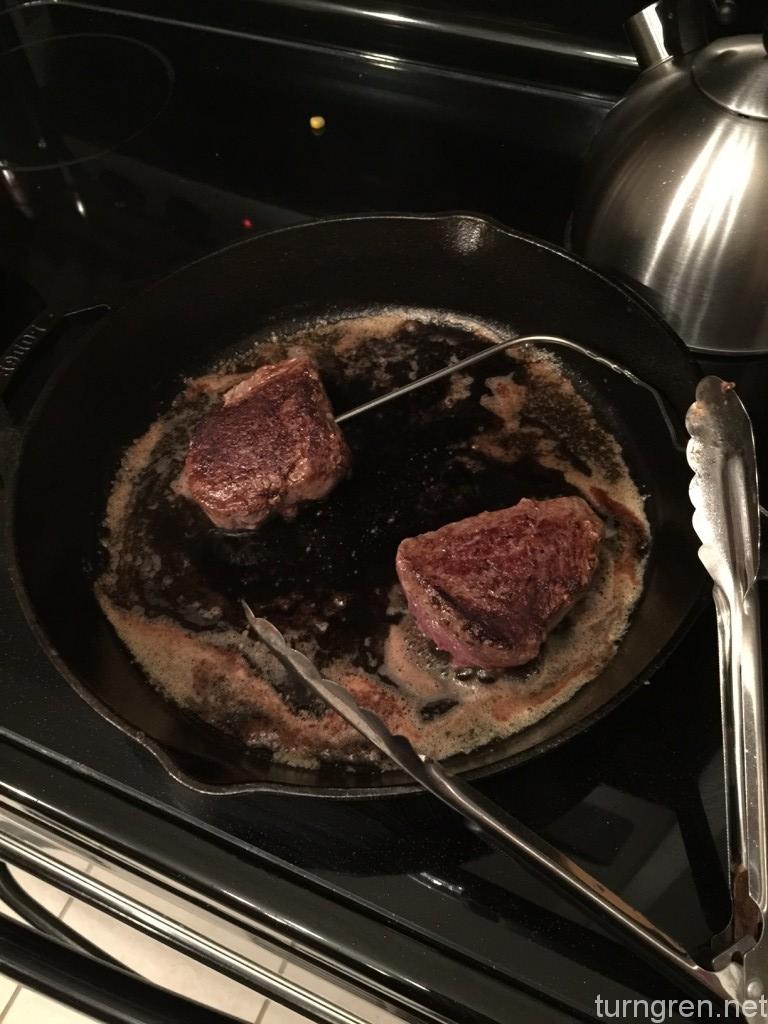 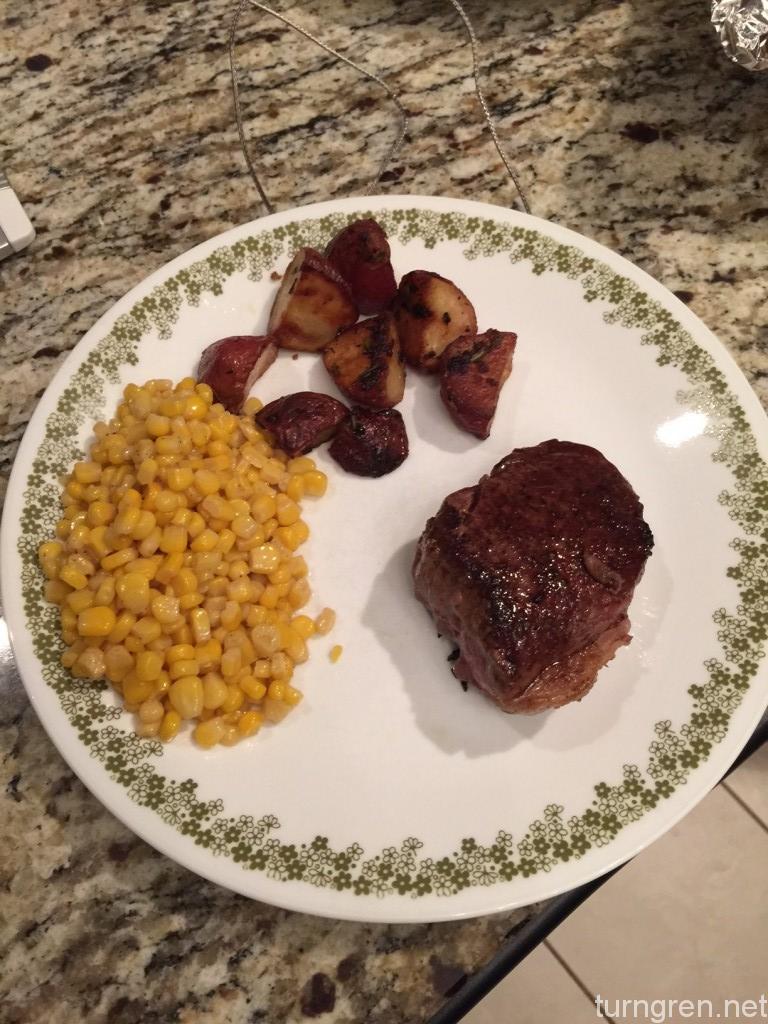 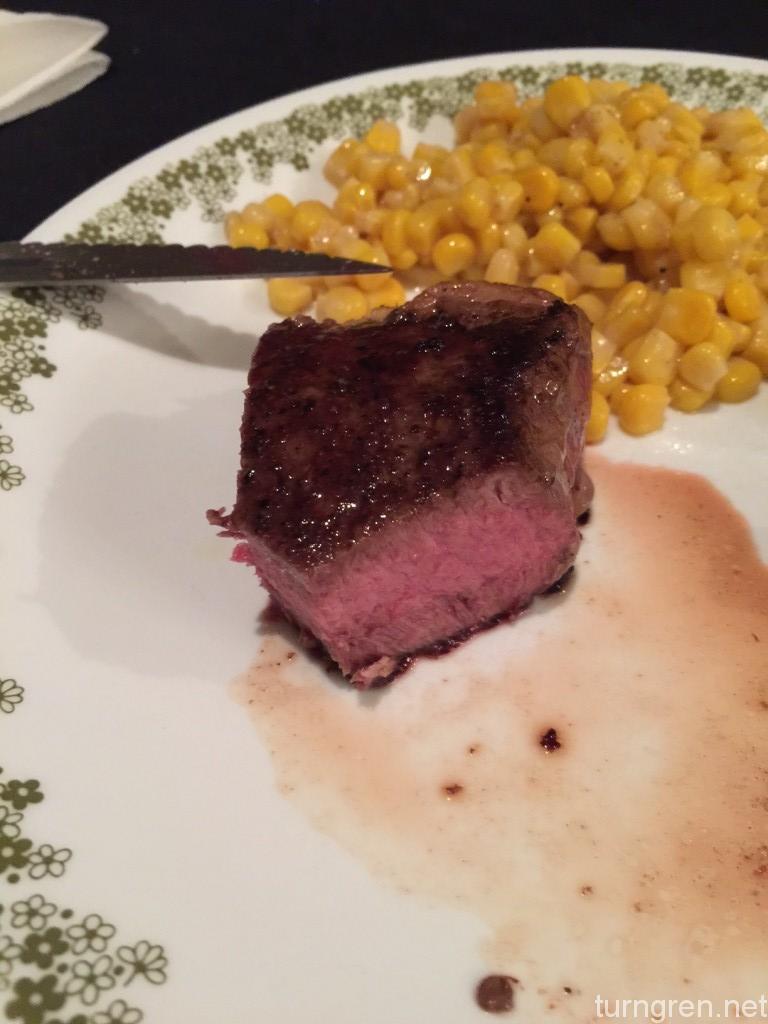 END_OF_DOCUMENT_TOKEN_TO_BE_REPLACED

While I was really, truly looking forward to watching Tom Brady cry, dinner made the entire night okay.  These cornish hens actually turned out pretty well.  Not that I was particularly invested either way…I could care less about the teams involved.  But I decided I wanted to make 2 cornish hens, so I did.  I used this recipe at Epicurious.com, but changed a few things… 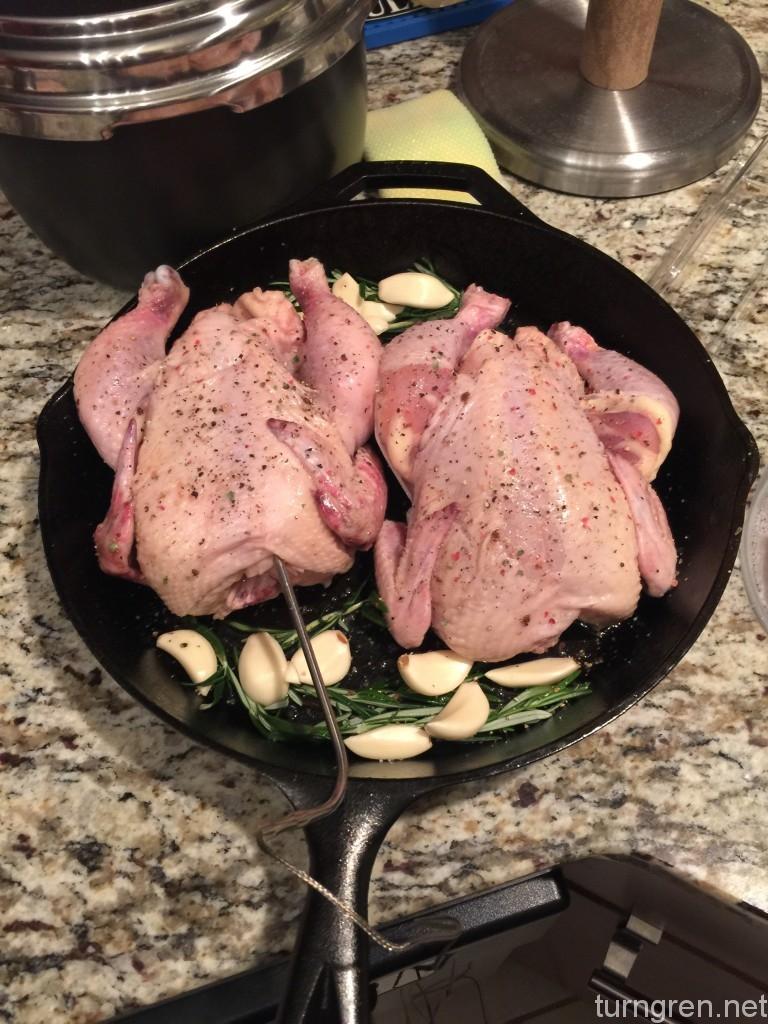 1. It was just my girlfriend and I, so I used 2 hens.
2. Instead of losing a bunch of heat pulling the pan out to baste, I just added more chicken broth periodically.  This also affected the gravy portion, see below.
3. I boiled the juices after taking the meat out while also adding some corn starch…this allowed me to get a little thicker of a gravy.  Next time I’m going to use more corn starch. 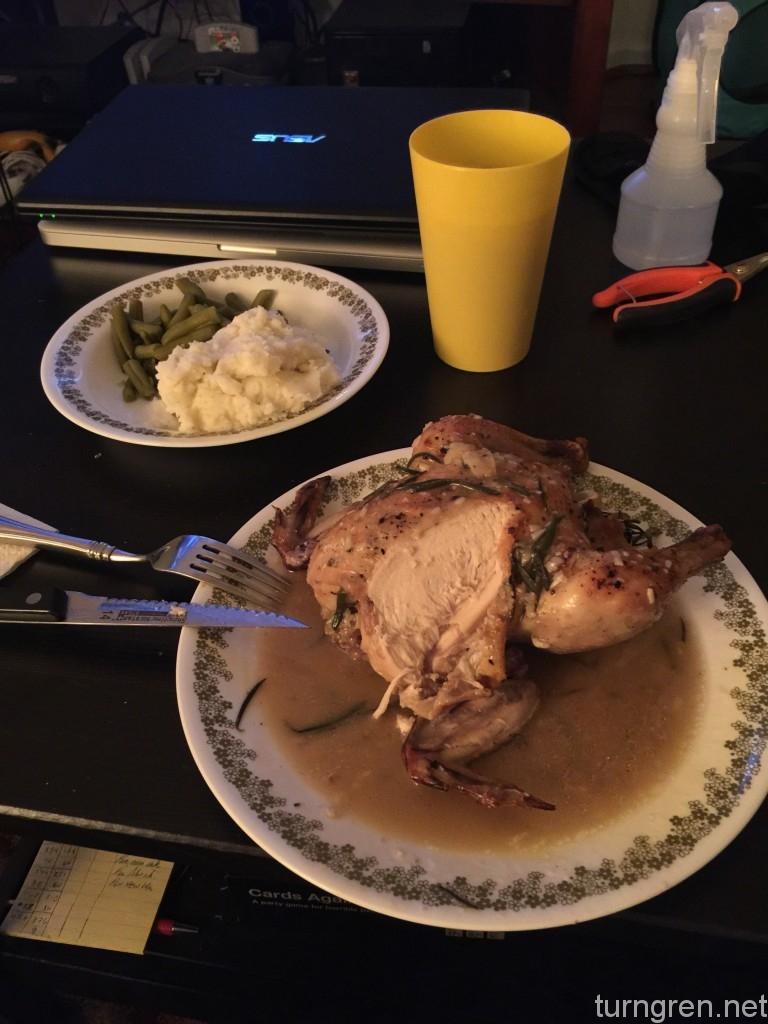 Will definitely be cooking this again.  The slight lemon along with the rosemary and garlic really made this a wonderful meal.  And it wasn’t terribly hard to cook, either.