I decided I would test the non-stick seasoning that has been building up on my pan (this is my first cast-iron pan!).  What better way than with bacon and eggs?  I call it the egg test. 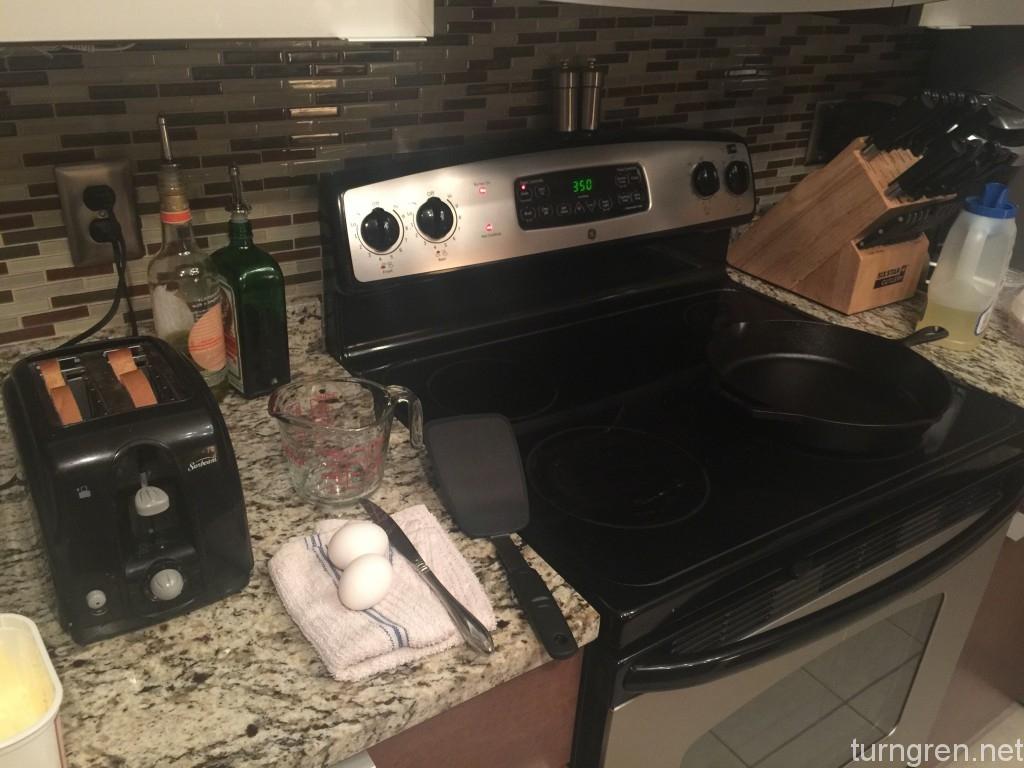 I happened to have 3 slices of bacon, some bread and cheese, and 2 eggs sitting in the fridge.  Started by cooking the bacon to get a nice layer of grease built up in the pan. 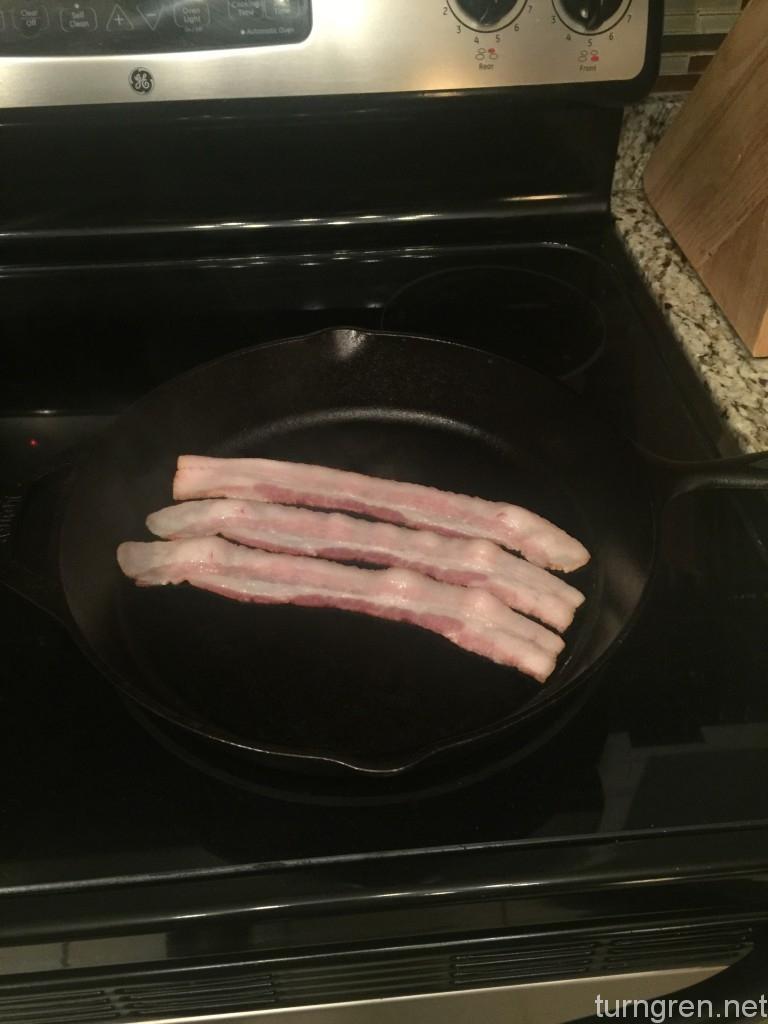 After the bacon was cooked, I put it on some paper towels to get a little less greasy.  Then I nervously cracked two eggs into the pan, awaiting the dreadful moment where it would immediately adhere to the surface and cause me to have to scour and reseason the pan, realizing my worst fears. 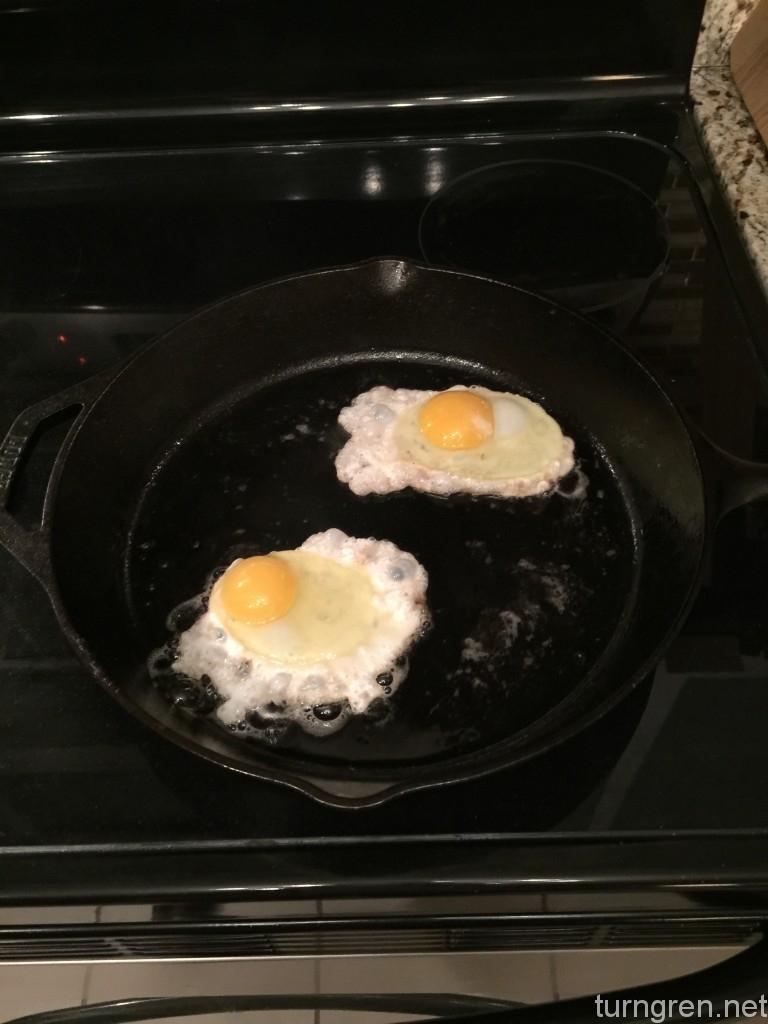 But it didn’t!  There was a little bit of stickage, I had to apply just a little bit of force with my spatula (mainly, I think due to it being silicone, had I used metal which was less flexible it would’ve taken far less effort) but it lifted with little effort.

Flipped the huevos, then threw them on some buttered toast. 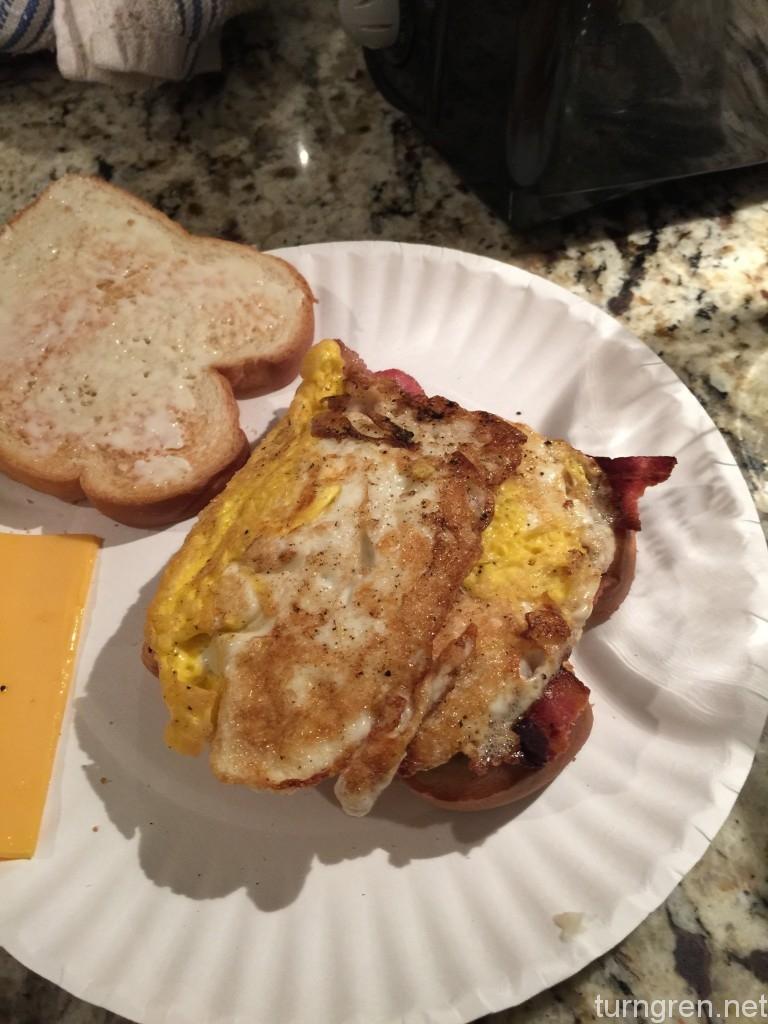 Added some cheese, the bacon, sliced it up and had one of the best egg sandwiches in recent memory! 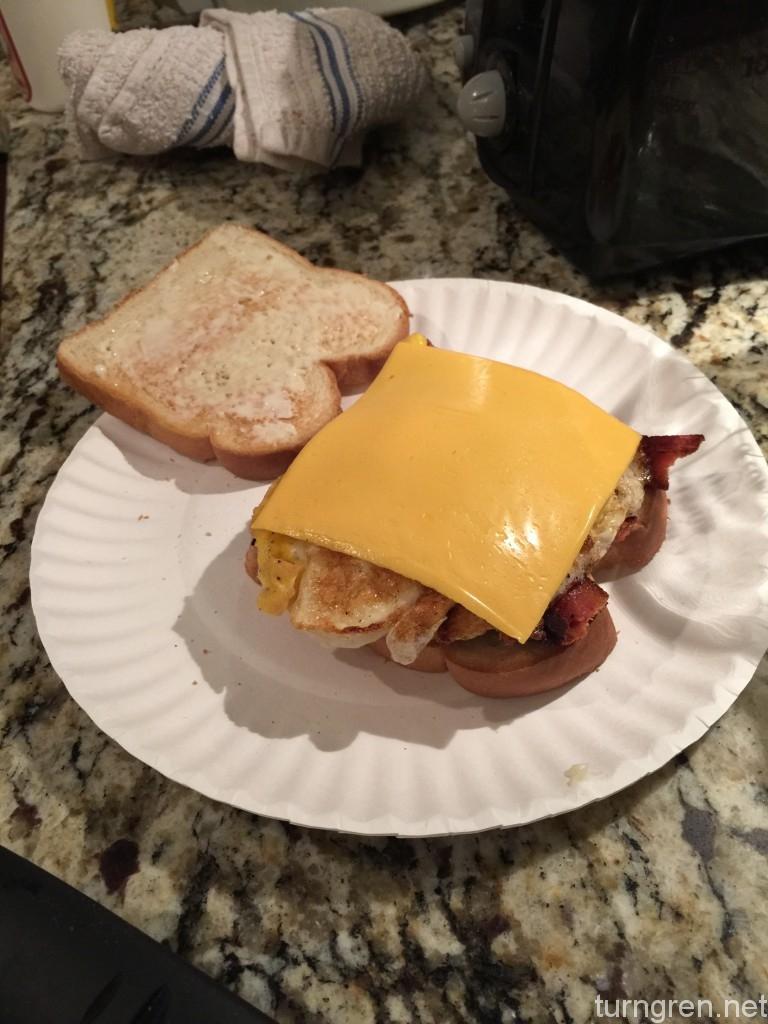