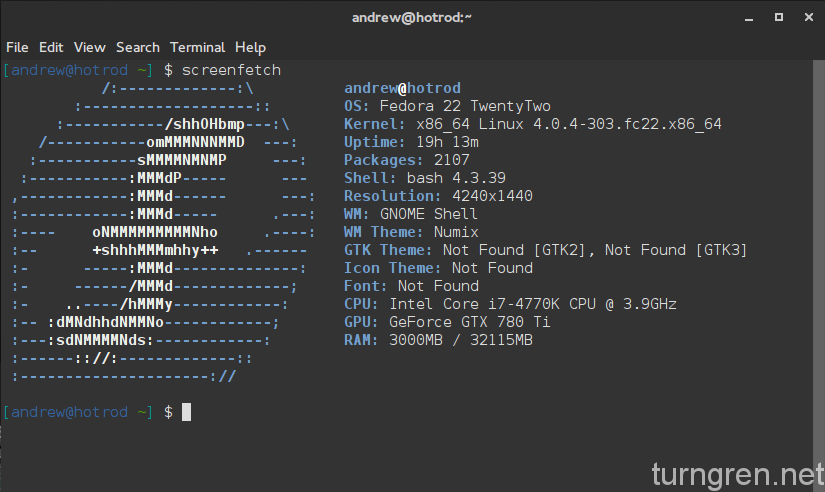 This process was a lot easier than I was anticipating.  On my Thinkpad, I just chose to reinstall a few weeks ago.  But last night, I actually used Fedora’s “fedup” utility on my main machine, and it worked excellently.  I just had to reinstall Chrome and I was good to go.  Oh, and when I started up Steam it asked me where my local data was…I panicked briefly, but simply pointed it to the sata drive I have in the PC and it went back to normal immediately.

The instructions for using fedup are pretty simple.  It runs a script that updates the repositories, and a few other things, then it asks you to reboot.  It adds an entry in the GRUB boot manager that simply says “fedora update” and you select it.  There’s a progress bar that takes a few minutes, and then you’re in.  Then it’s just a matter of finding out what doesn’t work.  I followed the post-update recommendations at the above link, and so far I haven’t found anything that doesn’t work.  If I find something, I’ll list it here.  Now I’m running Fedora 22 on both of my machines, and it wasn’t hard to do at all.  The toughest thing I’ve encountered is using dnf instead of yum to run updates and install software…and if that’s the only thing I have to deal with, then I’m sitting pretty.

Oh, and one last thing, on the Thinkpad the new kernel fixes almost everything out of the box…no more wifi issues, and I didn’t have to go through a lot of work to get the Thinkpad ACPI drivers working…brightness, sound, etc. are all working out of the box.  I didn’t have to really fix anything…the most time consuming part was setting up all of my customizations again (icon set, etc.) and now I’m good to go!