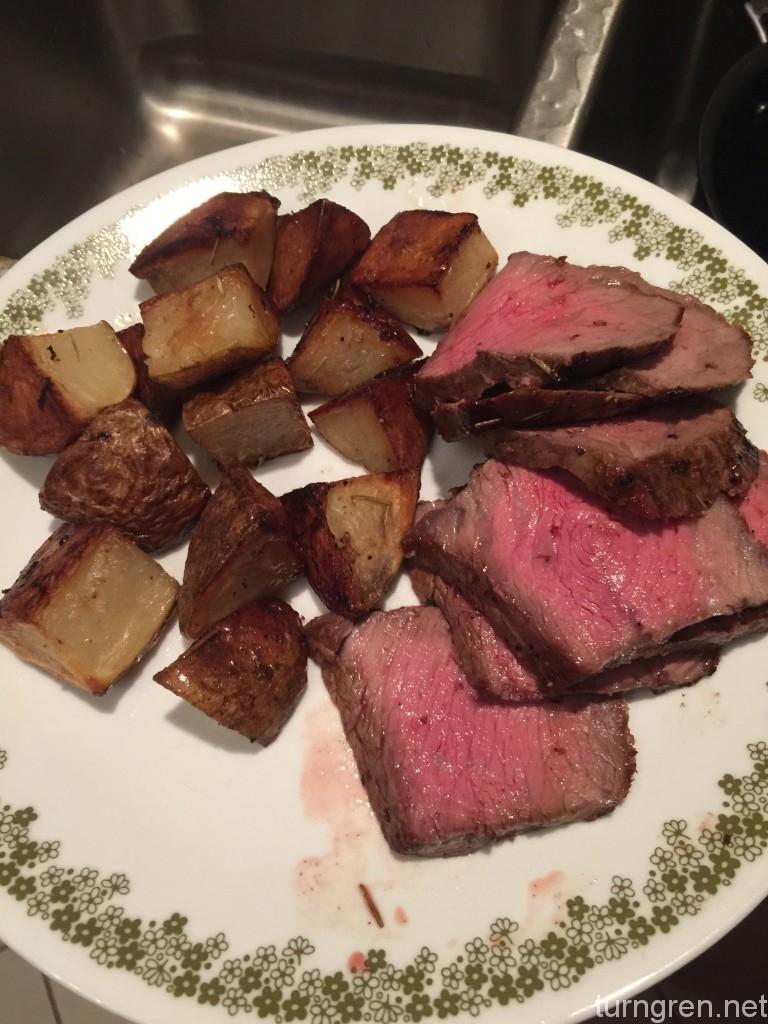 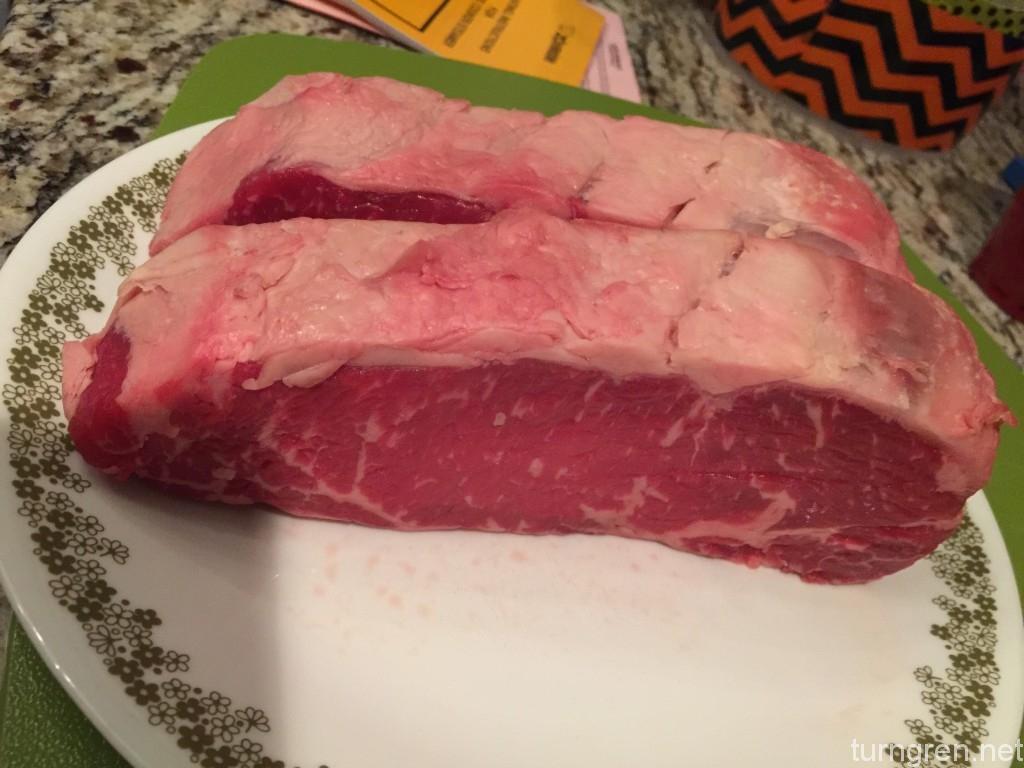 I seared the steaks for about 3 minutes per side.  Smelled amazing.  Then I put them on a plate, knowing they were nowhere near being done in the middle. (These suckers were about 1 1/2 inches thick!)  Then I threw in three large potatoes that were cut into chunks, added a little more oilve oil, salt and rosemary, and put the entire pan into the oven.  I checked the potatoes periodically until they were soft enough to put a fork into with little effort. 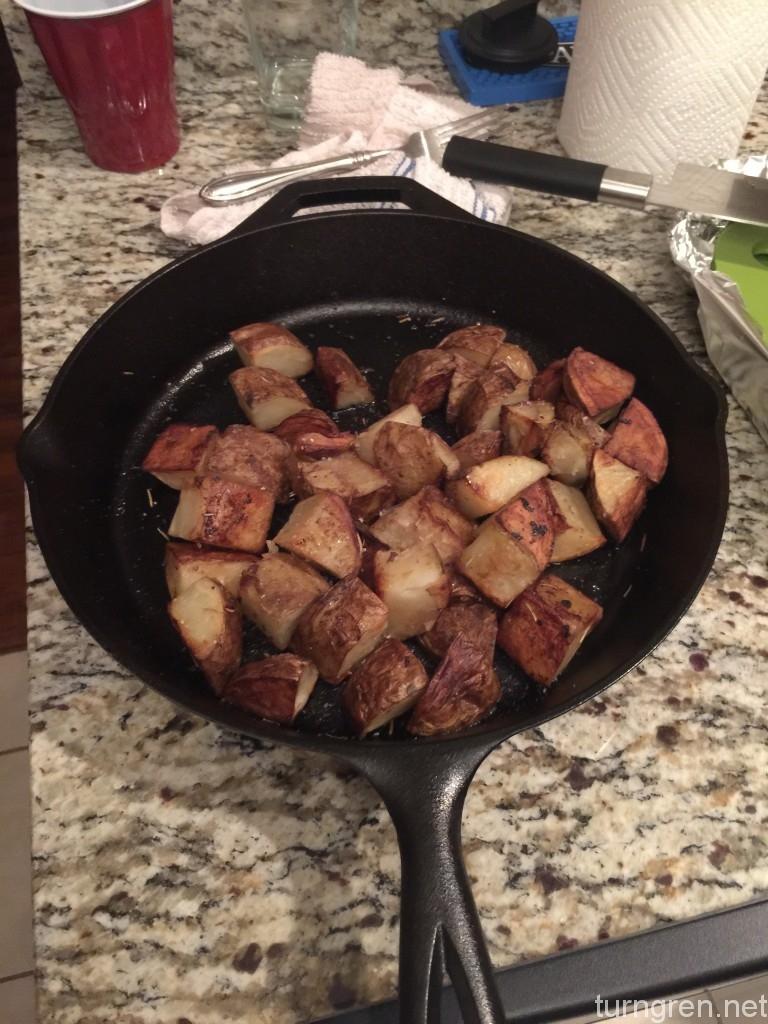 Then I put the steaks – with a thermometer probe – on top of the potatoes and placed back in the oven.  Removed the steaks when the interior temperature hit 125.  Then I took them out and tented them in aluminum foil, the residual heat rose to 145 degrees…a perfect medium rare. 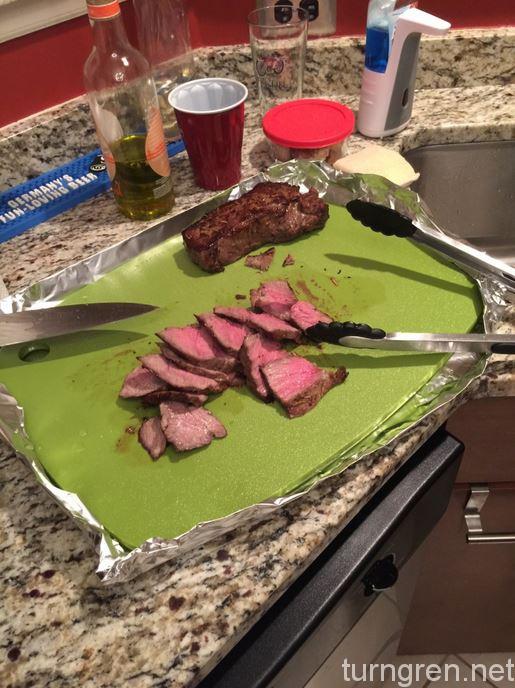 Sliced on the bias for a fantastic meal!