Been a while since I had a computer related post!  Got a new Thinkpad today!

Got a brand new ThinkPad X1 Carbon (3rd Gen.) and this thing is awesome!  It came with Windows 8.1 but I blew that away to install Fedora Linux 21.  I opted for the i7 processor and 8GB of RAM with a 128GB solid state drive, along with the 14″ WQHD 2560×1440 display.  It’s super light, doesn’t make a sound, is super thin, and with Intel’s new revision of chips uses very little power…even with linux the battery life is pushing about 8 hours.  They claim 10 with Windows…I never had it on enough to tell with Windows.

Here’s a few pictures I took of it while I was still at work…note the key fob to my car for scale: 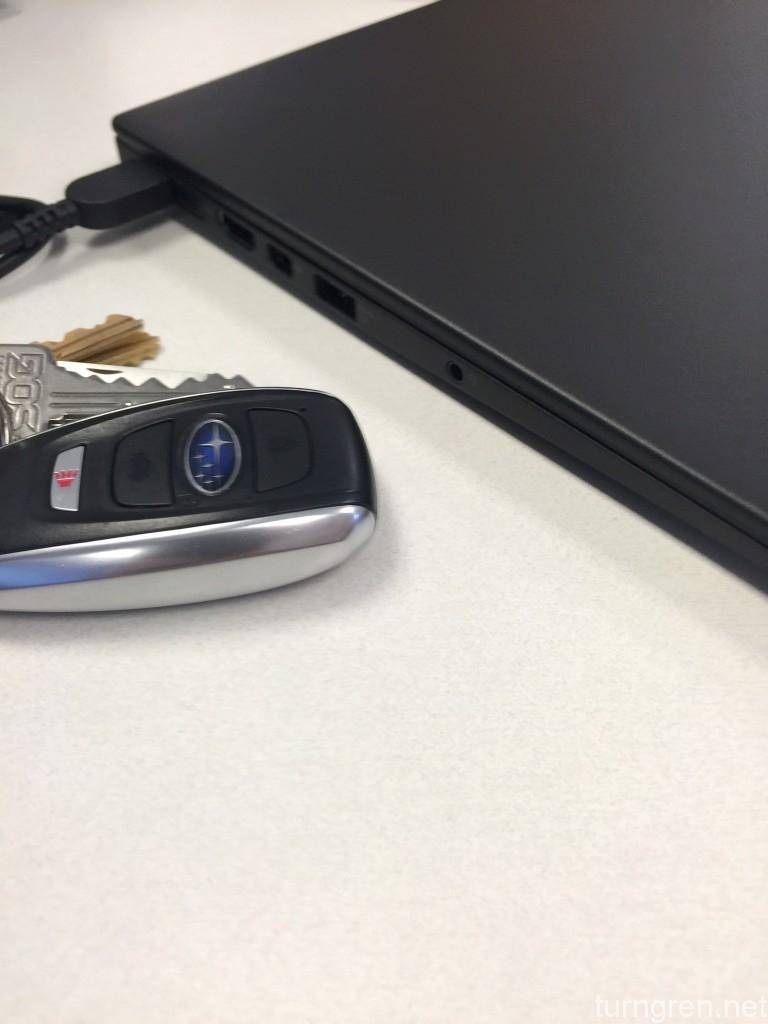 This thing is seriously amazing.  So far it has handled everything I have thrown at it.

Installing Fedora was a breeze, almost everything worked out of the box.  My first dilemma was deciding how to deal with the high resolution screen.  Linux isn’t very good about UI scaling, things are either normal sized and too small at native resolution, or doubled and too big…defeating the purpose of having a high resolution display.  I finally settled on Gnome 3 after going through KDE, MATE, XFCE and even LXDE desktop environments.  Ran updates after install, and I’m at the 3.18 kernel.

The other two main issues were the display brightness buttons and the Wifi.  The wireless card is an Intel, so it has good linux support…but there’s a bug where the wifi drops out for no reason somewhat frequently.  I found out that they have addressed it upstream, but it could be a few months before that kernel version gets to me, so in the meantime I found a workaround…disable the wireless n mode.  Still get 802.11a/b/g/ac, but for some reason the n screws everything up (for now at least).  So it took a little while to dig up what to do, but it solved my problem for now.

Brightness was a real pain in the ass.  I couldn’t figure out why some, but not all of the F keys at the top were working.  The sound and keyboard backlight keys were working, but brightness just wasn’t.  After a lot of digging, I found out that the thinkpad_acpi kernel module had to be loaded.  I have some Linux experience, but have never gotten into loading kernel modules.  Turns out that once you know how to do it, it’s not really that hard.  Loaded the module and it worked just fine.  Then a little more digging led me to how to make that module load on startup.  Now everything is working perfectly! 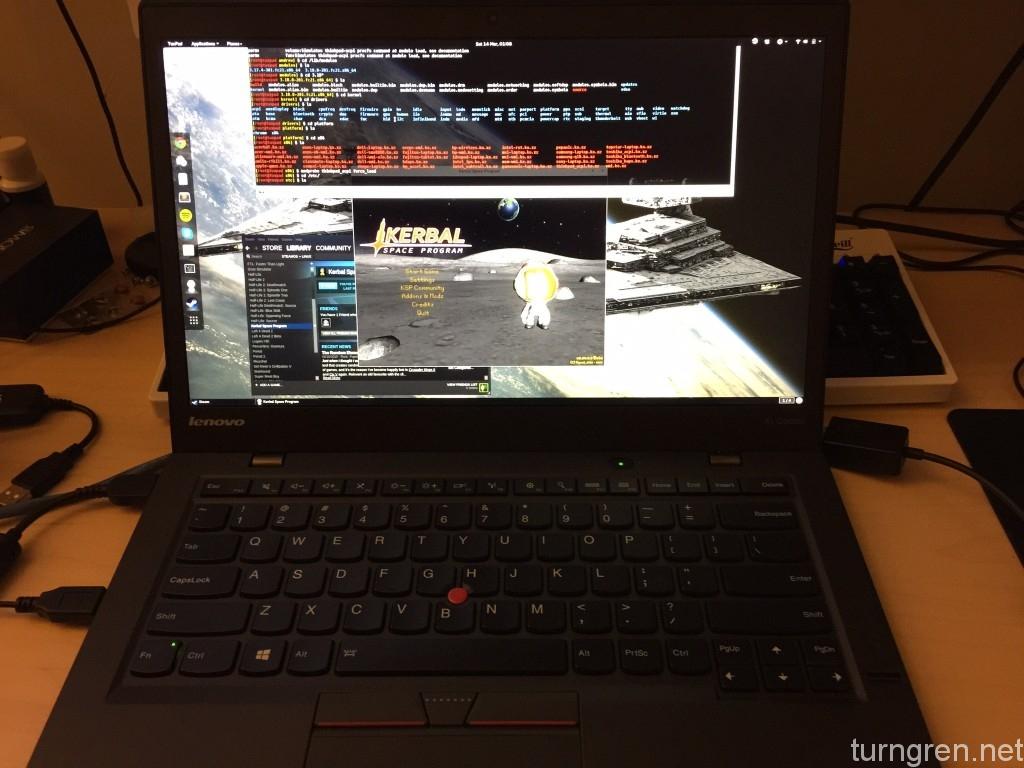